BRAMPTON, March 31, 2021 /PRNewswire/ — CannabCo Pharmaceutical Corp. (CannabCo), a Canadian company located in Brampton, Ontario, is pleased to announce the latest results of their Phoenix 2.0 system.  Working with their technology partners for the enhancement of CannabCo’s proprietary grow system, dubbed PHOENIX, the company has achieved metrics of over 3 lbs per sq/ft per annum, and an indoor production cost of under $.40 CDN per gram of product.  What is even more astonishing is that the numbers are not based on a particularly high yielding strain, and include isle space, also known as “dead space” in a grow room. 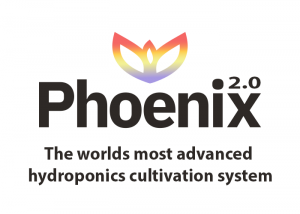 The company has been in development of the system for over 5 years with its technology partners and has constantly provided enhancements and guidance on the grow technology.  “The system has been fine tuned to the commercial cannabis market and takes great care to maximize quality and minimize cost per gram”, commented CannabCo’s President and CEO Mark Pellicane, “We have yet to see anything remotely close to PHOENIX in yield metrics, quality, and production cost”.

With a massive surplus of outdoor grown, and low grade cannabis in the open market, PHOENIX has been designed to produce higher quality products that appeal to the cannabis buyer that demands a product that is of superior grade and quality.

CannabCo, considered a cannabis technology company, is best known for its collaboration in developing the PURECANN™ technology used for the growing and production of Odourless Cannabis™ strains.  While the company’s primary focus is PURECANN™, CannabCo maintains that the PHOENIX system is industry disruptive, and its deployment would prove a significant strategic advantage to the cultivator.  Dry cannabis prices vary with current wholesale pricing ranging from $1 to $1.50 per gram for “low end” production, often used for extraction, to premium bud (high quality, high THC) which is relatively scarce in the market and sells for a significant premium, often $2.50 to $4 per gram.  “Imagine getting top-shelf quality product that people want at one tenth the cost.  These are the type of numbers I like working with”, said Pellicane.

Another advantage of PHOENIX is its synergy with CannabCo’s represented technologies such as PURECANN™.  While the system has been designed to grow any cannabis strain with top shelf quality in mind, CannabCo has taken the time to optimized PHOENIX for growing Odourless Cannabis™.  “While it is the company’s plan to minimize capital expenditure by using existing cultivation infrastructure primarily for PURECANN™, we do intend to provide the best quality product for anything produced by CannabCo in-house”, said Chief Operating Officer Mark Novak.

Recently the company announced its successful adaptation of PURECANN™ to the tobacco industry for the production of Odourless Tobacco™.  When asked if, and how this fits in with PHOENIX,  the company was quick to state that while PHOENIX can be adapted to a large number of crops, the technology is currently optimized for the cannabis industry.

CannabCo Pharmaceutical Corp. is a Canadian based full service cannabis technology company with operations in Brampton, Ontario.  The company has received its “Confirmation of Readiness” from Health Canada to become a licensed producer and is currently building out its pilot facility in the Brampton Area.  The company features a wide variety of proprietary developed technologies including PHOENIX for its cultivation initiatives claiming a high productivity and significantly lower cost per gram than traditional grows.  CannabCo is best known for its Purecann™ technology used for the production of Odourless Cannabis™ and more recently Odourless Tobacco.