Tests were conducted at Scentroid, a laboratory specializing in odour assessment and environmental odour impact.  At the request of one of the “big four” financial consulting firms, a report was commissioned providing extensive detail on the PureScent™ technology.  More specifically a comparative analysis was conducted between the Odourless Cannabis™ product and regular cannabis with respect to the odour produced and impact of the odour in the surrounding area. “The Odourless Cannabis™ product is revolutionary both in its quality and the implications it has in the market” said CannabCo’s president and CEO Mark Pellicane.  “It was important to us and our market partners that we demonstrate, in a quantitative fashion, the true impact of Odourless Cannabis™ and as such we embraced the idea of comprehensive testing from a certified lab”.  Scentroid was chosen for their experience and extensive work with governments, municipalities, various environmental sectors, and fortune 500 companies. 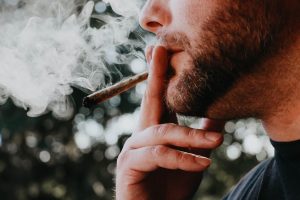 The end result of the testing was shocking and showed a near 600% reduction in odour over regular cannabis. “We knew what to expect” said Pellicane, “nevertheless receiving quantitative numbers that are so significant to the market was a major milestone for the company”.

The report concluded Odourless Cannabis™ was barely detectable in a 4 meter radius, while regular cannabis odour was disruptive and negatively impactful in a 50 meter radius.

Scentroid also conducted Hedonic Testing which measures the effect, or likelihood, of the odour to impact negatively on other people.  The report states that “hedonic testing is an important metric because it means that even if the same strength odour is released during storage, vaporization, or combustion, the “odourless” cannabis will create fewer complaints and seem less intense”.  Regular cannabis odour was deemed 90% likely to illicit a complaint or negative response whereas the likelihood of generating a complaint or negative effect was insignificant with Odourless Cannabis™.

The report further states in summary, “The improvement in hedonic tone, coupled with the reduction of the odour concentration ensures that the “odourless” cannabis will be perceived as having far less odour than the regular cannabis”.

CannabCo continues to develop its products in anticipation of its industry launch in early 2022.

CannabCo Pharmaceutical Corp. is a Canadian based agro-tech company with operations in Brampton, Ontario.  The company has received its “Confirmation of Readiness” from Health Canada to become a licensed producer and is currently building out its pilot facility in the Brampton Area.  The company currently has two primary technologies, PureScent™ for the growing of Odourless Cannabis™, and  PHOENIX, an enhanced cultivation system featuring a hydroponic grow technology with high productivity and significantly lower cost per gram than traditional grows.

For investment information and inquiries:

Hi!.. Let's keep you updated about Odourless Cannabis™ - Subscribe below: